The Importance of the 2020 Census The United States 2020 census is fast approaching and it is one of the most critical undertakings of our time. According to census.gov, the census “counts our population and households, providing the basis for reapportioning congressional seats, redistricting, and distributing more than $675 billion in federal funds annually to support states, counties and communities’ vital programs — impacting housing, education, transportation, employment, health care and public policy.”

Census.gov is hiring and there are many opportunities to be involved, including becoming a census taker. If hired, your schedule will depend on the position you accept. If you receive a field position, the hours are flexible and might require you to work during the day. Other positions require evening and weekend work interviewing the public. Supervisory positions require employees to be available for some evening and weekend shifts. The Census Bureau is committed to hiring census takers to work in their own community. Also, field employees can also be eligible to be reimbursed for authorized work expenses like mileage incurred while conducting Census work, and hired employees will be paid during training at a slightly lower rate than your regular hourly rate. Check out 2020census.gov/jobs for more information. As a part of the application process, you’ll be asked to respond to questions related to your education and previous work experiences. If hired, you may also learn how to help collect important data that will determine your state’s representation in Congress as well as how funds are spent in your community on things like roads, schools, and hospitals. According to field representative Kenneth Pin, every census taken contributes $3,000 to our state, so you can imagine the importance of this year’s 2020 Census. It is also very helpful in terms of making sure that New Mexicans get the resources we deserve for our population as well as taking an accurate count that can help with redistricting and prevent gerrymandering.

It is crucial for tribal communities to participate in the census and create community-based coalitions to make sure that everyone’s voice is counted and heard. A great suggestion is to connect young people with trusted community leaders that can help translate for elders and also take other culturally relevant approaches.

This year’s New Mexico census team is making sure that they will be ready when the census is released in April of 2020. Because of the rural nature of many New Mexican communities, it is imperative that this campaign is run as a grassroots approach and one that makes sure that there is community involvement before the census takes place. We encourage everyone to check out census.gov to learn more information on ways you can be involved and possibly on becoming a partner, as well. They are currently looking for other native organizations working in urban communities to make sure that our voices are heard and accounted even if we live “off the rez”.

(New Mexico Community Capital serves as a partner organization to the census.gov effort.) 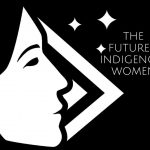 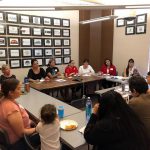 Lunching and Learning – the NEIR way!General